Home/Neasden Temple is built from over 5,000 tonnes of hand-carved stone

Neasden Temple is built from over 5,000 tonnes of hand-carved stone 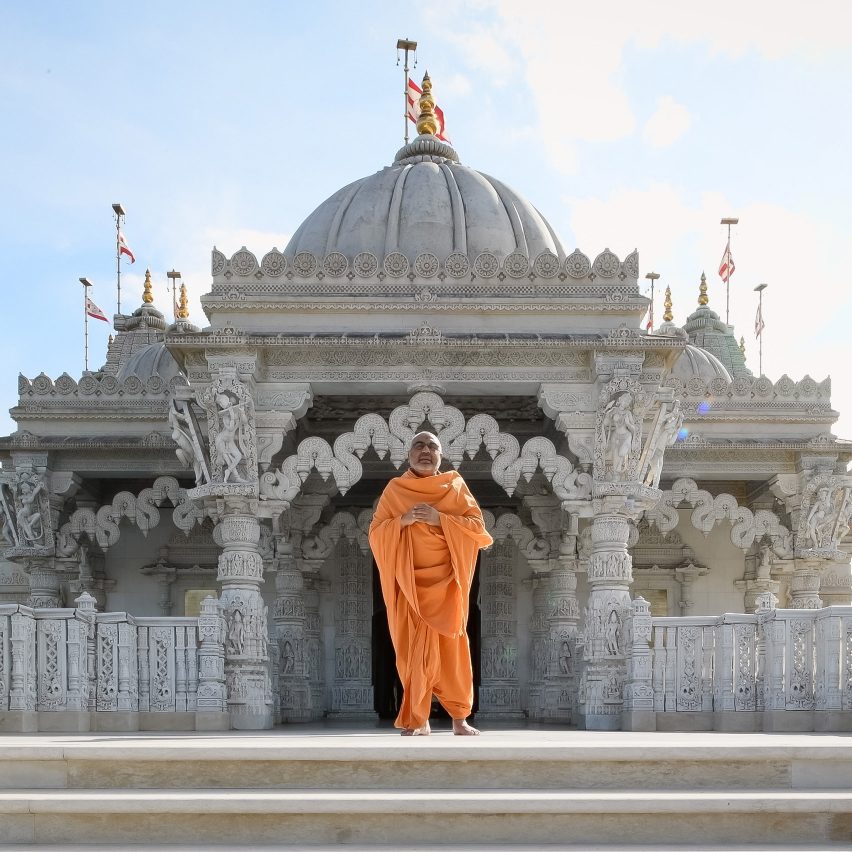 The next Open House London documentary offers a glimpse of Neasden Temple, a place of worship in northwest London that was built using ancient Hindu texts and 26,000 pieces of stone.

Filmed by Jim Stephenson, the documentary is one of nine videos that will feature on Dezeen throughout Open House London 2020 to shine a light on rarely published places in the capital.

Today it serves as both a place of worship and a centre for community outreach activities.

The temple was built with over 5000 tonnes of Bulgarian limestone and Italian Carrara marble, hand-carved in India by 1500 artisans. The 26,000 pieces of finished stone carvings were then sent to the UK to be assembled on-site by more than 3000 volunteers, without any reinforcing iron or steel.

In the video, tour guide and head monk Yogvivekdas Swami explains the story of the temple’s design, which was dictated by ancient texts called the Vastu Shastra.

This means every detail of the temple’s structure is intertwined with the traditions of the faith, beginning from the site selection right through to the final plans and materiality.

Elements of the temple are also designed to represent parts of God’s physical body, such as the kalash, a set of golden gilded urns, and overhead flags that symbolise the head and hair of God respectively.

“Ancient Hindu builders envision the mandir not merely as a sacred structure, but as an actual form of God,” Swami concluded.

“A mandir is such a place where architecture and art come together to provide a divine experience.”

As media partner for Open House London, Dezeen is publishing a different video every day during the festival. The films form part of the event’s diverse programme for 2020, which has been curated in response to the coronavirus pandemic.

The post Neasden Temple is built from over 5,000 tonnes of hand-carved stone appeared first on Dezeen.