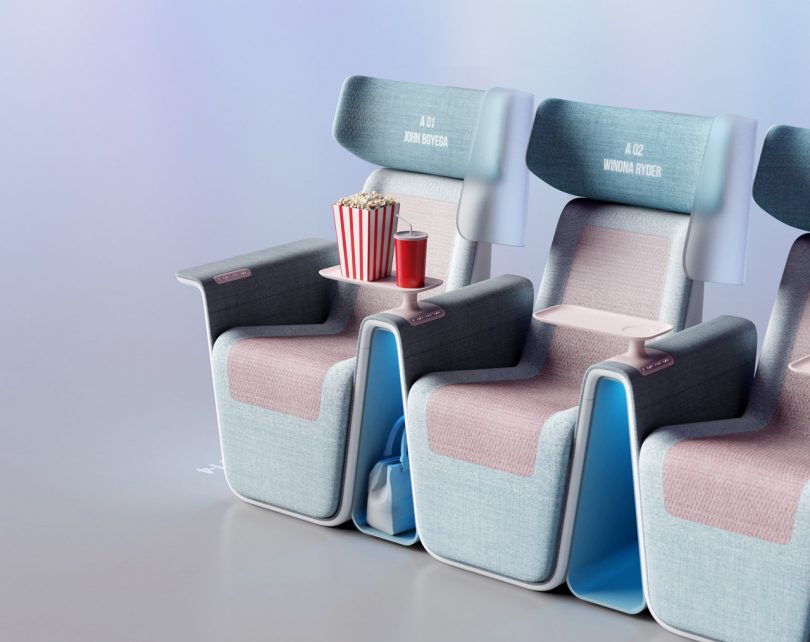 Among the countless social activities we’re most looking forward to, enjoying films on the big screen with others ranks high. Despite some already feeling safe enough to return to theaters, most of us still harbor rational concerns about attending communal events indoors for any extended period of time. The Sequel Seat by LAYER imagines what moviegoing may soon look like in a post-pandemic society, recognizing a new normal should include new seating. 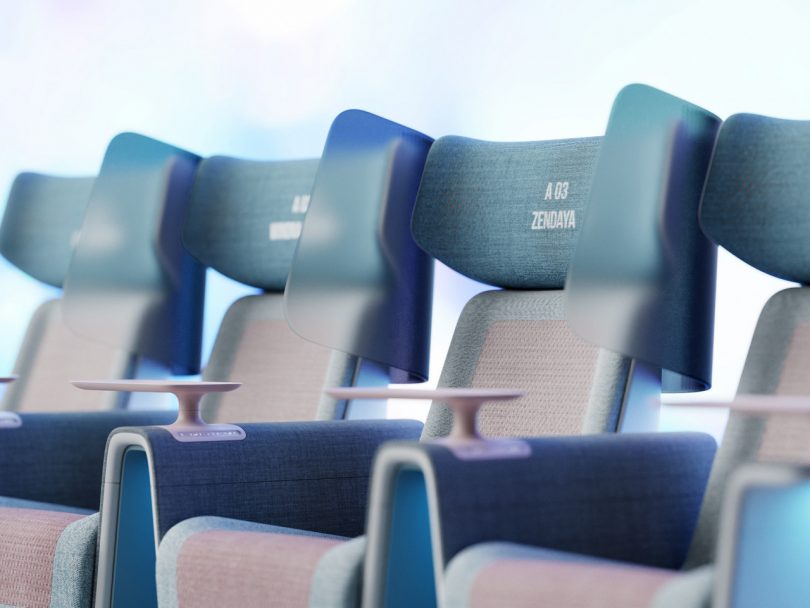 While the Sequel Seats seem like a reactionary design, the concept was already 14 months in development before the pandemic turned the world upside down. Design agency LAYER retained the IP of the original design when theaters began shutting down operations; the agency used the time to pivot toward integrating technological solutions to instill a greater deal of confidence amongst cinema goers. 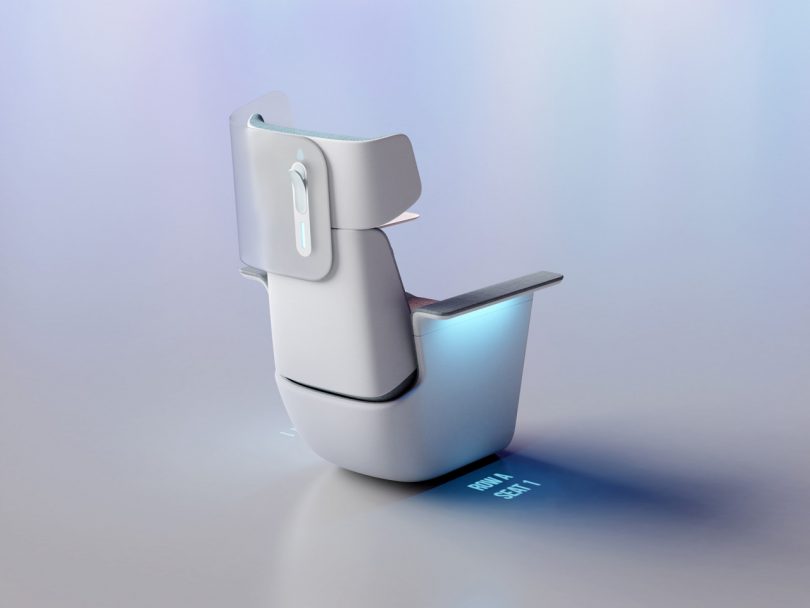 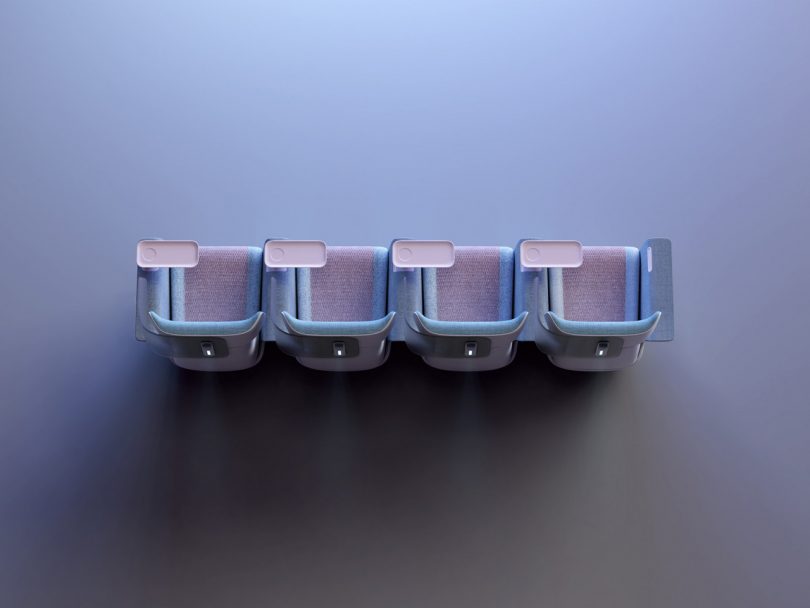 The seats themselves are designed to further ward off exposure with an arsenal of material features, including a 3D-knitted, hydrophobic, stain-resistant textile fabric upholstery with antibacterial copper threads. Between and behind every seat a built-in UV light sterilizes anything placed nearby (and behind it, between screenings), a feature we would have welcomed even in a pre-pandemic theater environment. 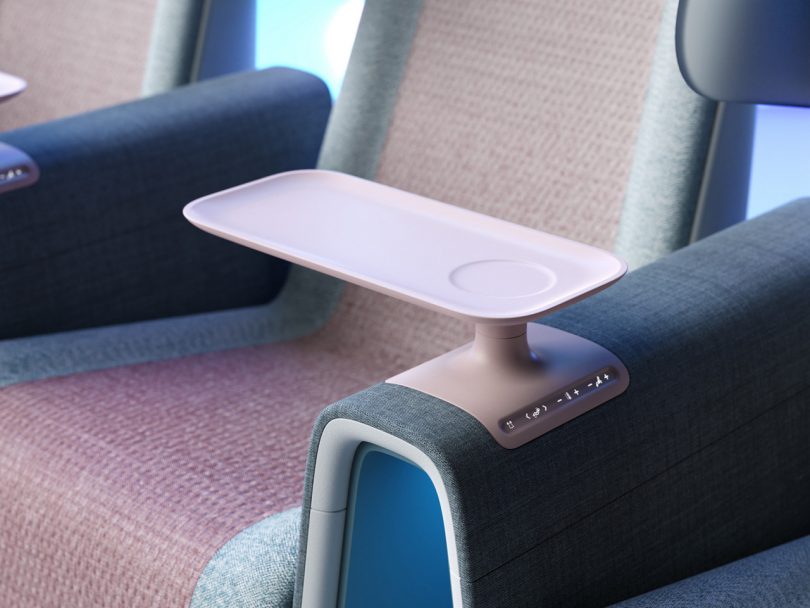 While safety features obviously have taken precedence today, the Sequel concept is first and foremost intended to keep viewers comfortable during the span of a film. Comfort and performance play prominent in the design: integrated personal speakers in the headrest provide immersive audio similar to that already delivered by premium film screening experience, 4DX; every seat is outfitted with an armrest control panel permitting customization of recline, lumbar support, seat temperature and call for assistance. Noting how much movie goers have likely acclimated to the comforts of watching films in the relaxed environment of their homes, the Sequel Seat can be positioned into a fully reclined position with leg support up front – while obviously comfortable, the option does not bode well for those prone to doze off during films. 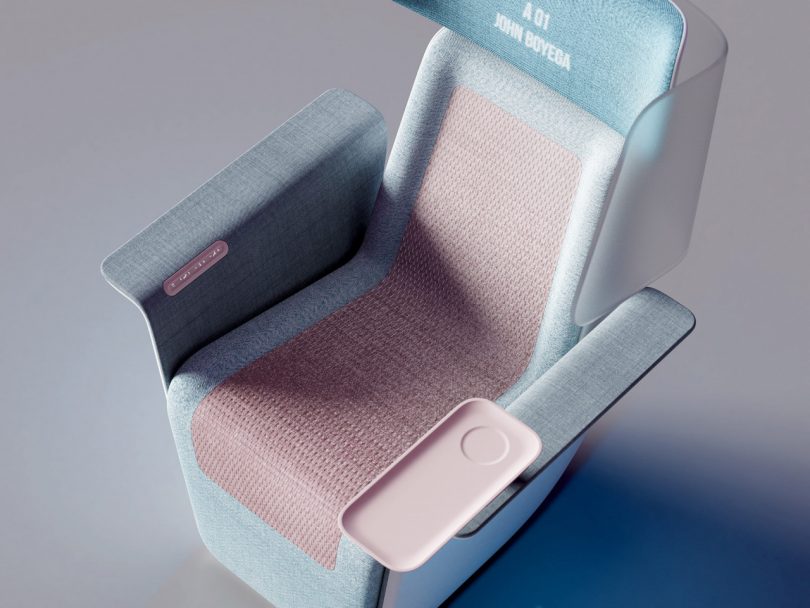 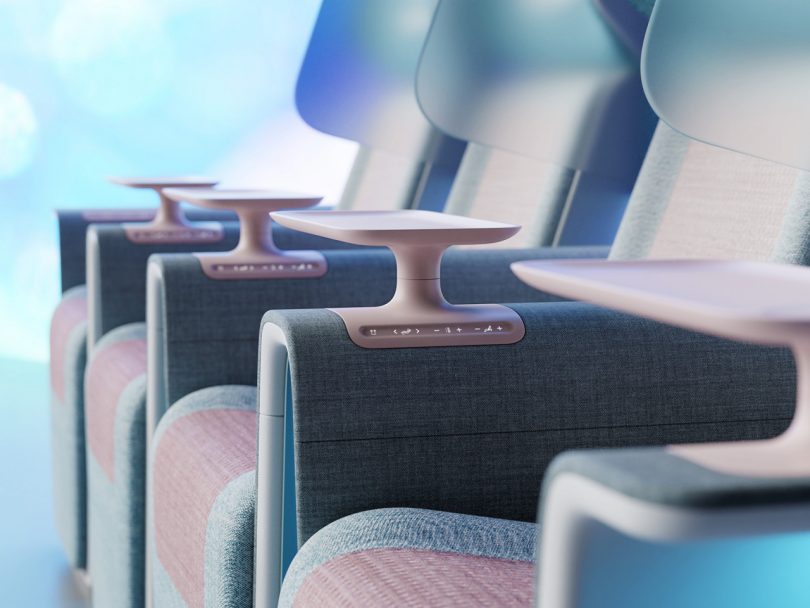 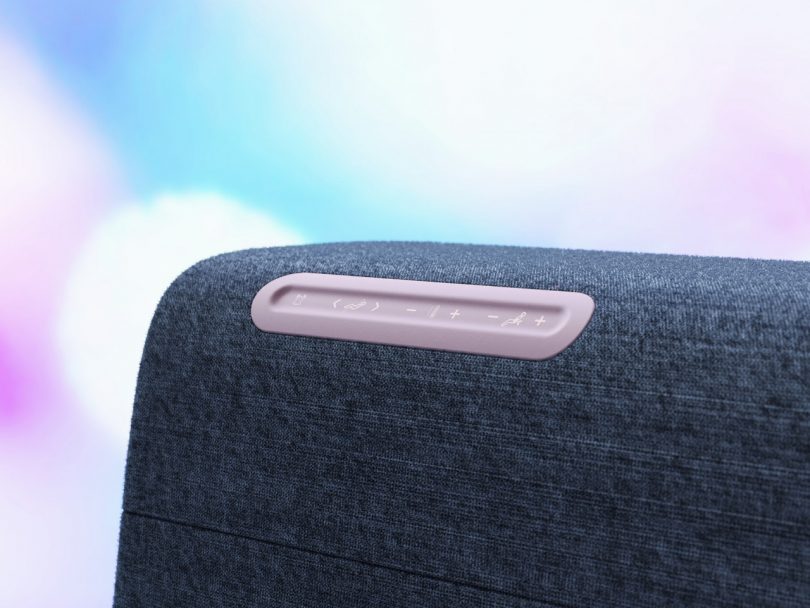 And let’s talk about those colors. LAYER describes the Sequel Seat’s color palette as “mid-century pastels,” referencing the twee hues associated with auteur, Wes Anderson’s films, a conscious departure from the “outdated black and burgundy palette of conventional seating.” Count us cautiously curious; the color combination indeed appears pleasing, but concerns remain about durability against stains becoming visible over time, alongside the distracting nature of light hued chairs compared to dark upholstery seating that typically disappear when the lights go down. 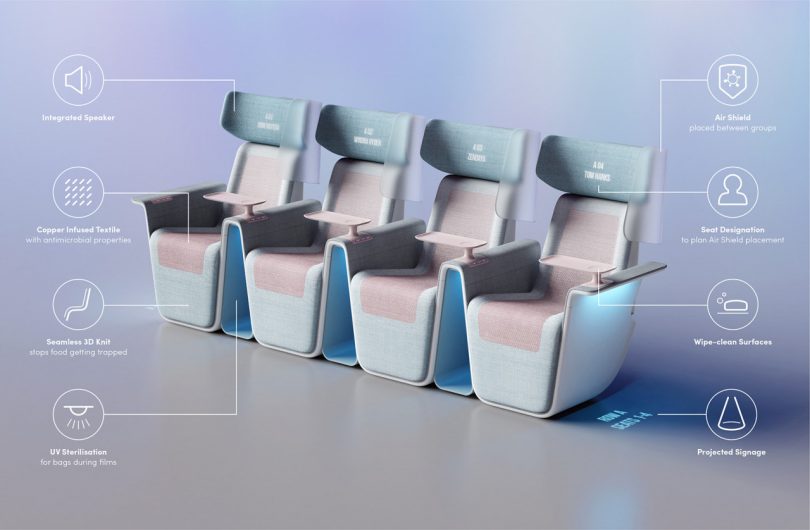 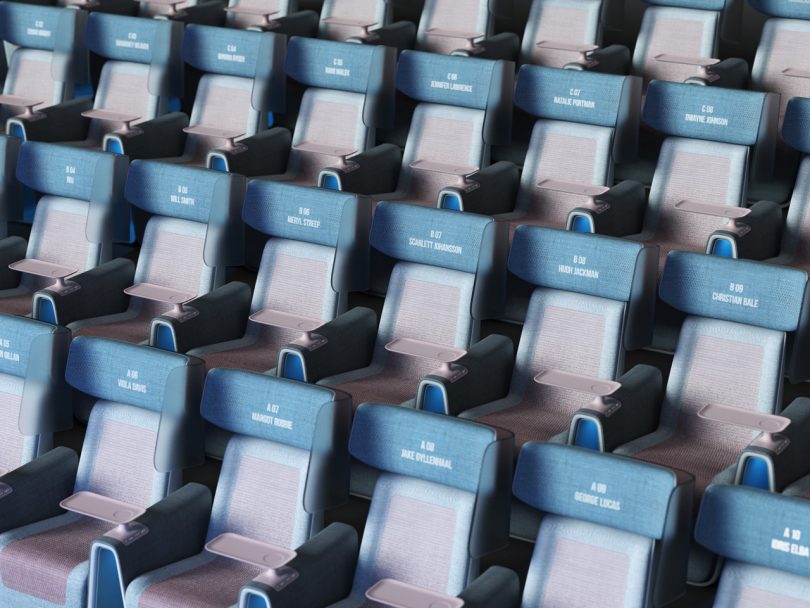 LAYER founder Benjamin Hubert imagines the Sequel Seat offers a combination of features that will help play a key role in “encouraging people to come back to the cinema”. Whether such safety and comfort features are enough to allay fears of COVID-19, we’ll hopefully soon find out. 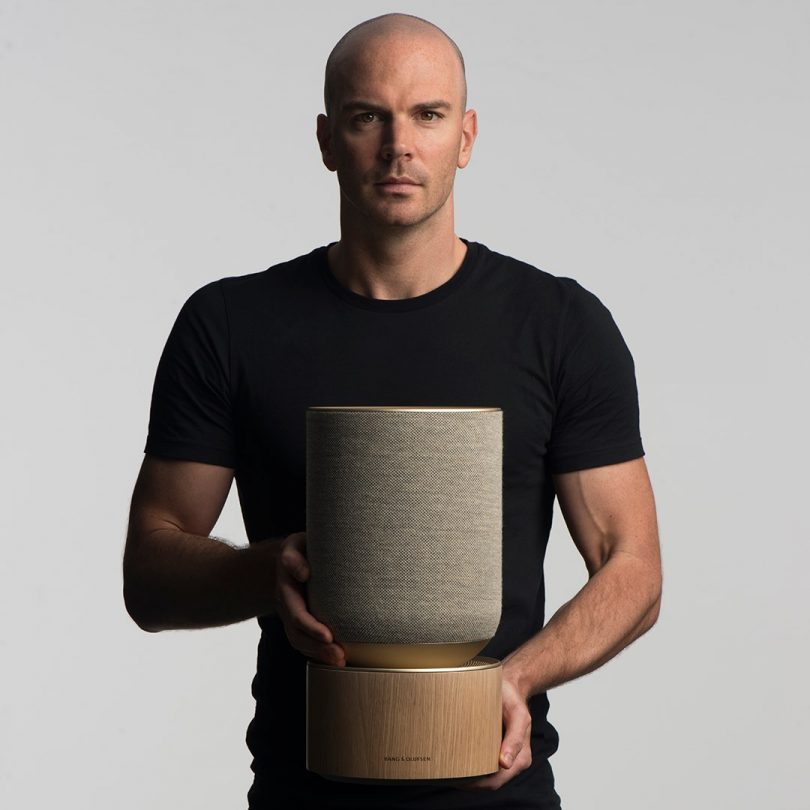 When he’s not imagining the future of cinema or air travel, LAYER founder Benjamin Hubert and his team also design consumer products like the BEOSOUND BALANCE speaker for Bang & Olufsen. 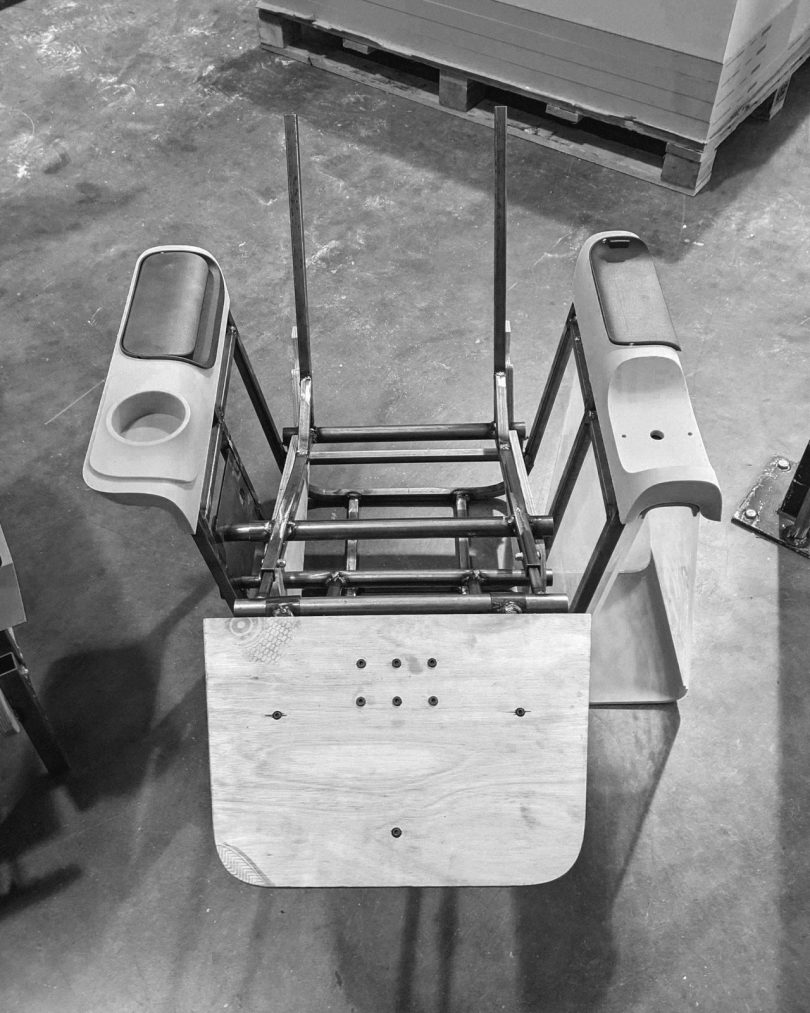 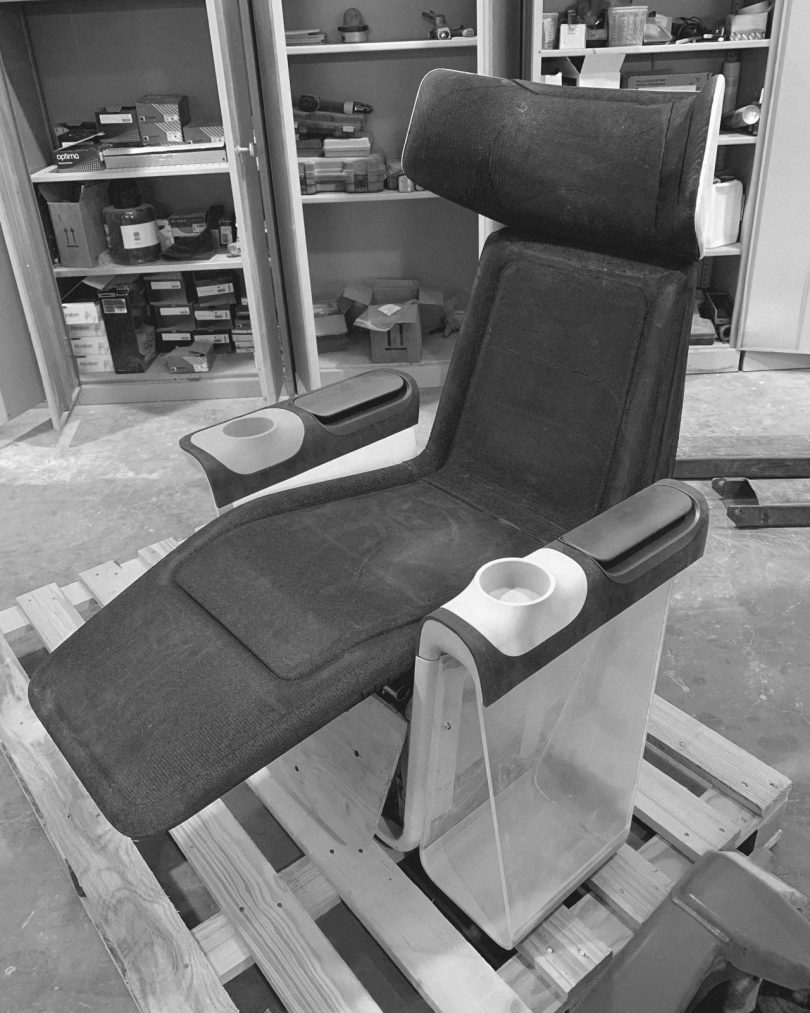 The Sequel Seat by LAYER is currently available for licensing, with additional details available at layerdesign.com.