Home/Singapore skyscraper is a “breath of fresh air” says commenter

Singapore skyscraper is a “breath of fresh air” says commenter 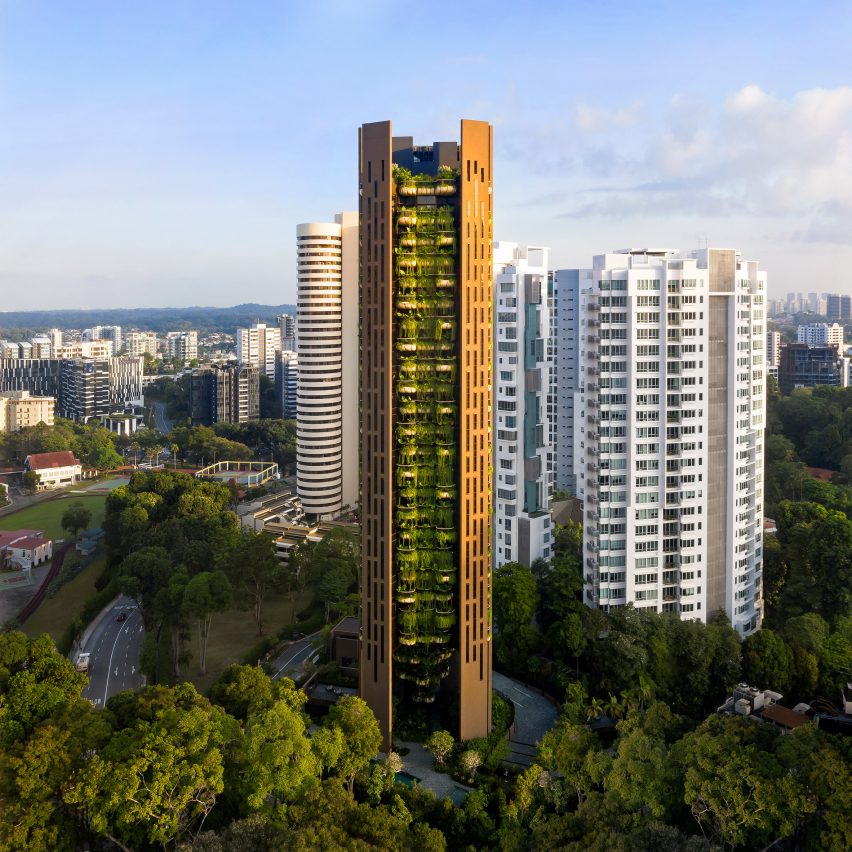 In this week’s comments update, readers are discussing Heatherwick Studio’s skyscraper in Singapore and sharing their views on other top stories.

Heatherwick Studio has unveiled a 20-storey residential skyscraper named EDEN, which was designed to be “a counterpoint to ubiquitous glass and steel towers”.

The apartment building sits in the Newton district of Singapore and comprises a vertical stack of homes that each have a garden.

“I’d live there for sure”

But readers are divided. “I’d live there for sure,” said Bill H, on one hand.

“Plants are great but not here,” said Zea Newland, on the other hand. “It would have been better if the plants framed the view from the living room instead of blocking daylight and views.”

Leo was also unsure: “This thing is outrageous. Among all those balconies, they don’t care to provide a window for the maid.”

Are you a fan of the EDEN skyscraper? Join the discussion ›

News that the current owner of Paul Rudolph’s Burroughs Wellcome building in North Carolina has secured a permit to demolish the building has saddened commenters.

“Rudolph was the most underrated architect of the 20th century,” said Heywood Floyd. “The owner should be compelled to find a way to adapt and re-use this building.”

“Out with the old, in with the new,” concluded JB. ‘The march of modernism cannot be stopped.”

How do you feel about Rudolph’s building being demolished? Join the discussion ›

“What a beautiful space” says commenter

Readers are divided over the design for a prefabricated timber home office, which London studio Boano Prišmontas created in response to the increase in people working from home.

“What a delightful space and use of plywood,” said Carl Kruse.

Benny agreed: “Plywood used elegantly with thought to the detailing for a change! The architect in me immediately likes this.”

Zea Newland was less keen though: “Tiny desks and uncomfortable stools aren’t an office. There’s more space for sculptures and plants than for a computer and screens.”

Would you enjoy working from this modular garden office? Join the discussion ›

Commenters are impressed with Rapt Studio’s interior design for the headquarters of lifestyle and wellness brand Goop, which boasts curved furnishings and soft colours intended to create a sense of calm.

“This is a beautifully restrained and focused project,” said DI77SEA. “Gorgeous!”

Miles Teg agreed: “I actually really like the soft and measured femininity of this space. It is also in tune with Goop’s identity. Very well done, one of the best office designs I have seen on this site in a while.”

“I am just curious about the cork stools,” added Gurcan Gok Demir. “They look amazing!”

What do you think of the Santa Monica office? Join the discussion

The post Singapore skyscraper is a “breath of fresh air” says commenter appeared first on Dezeen.