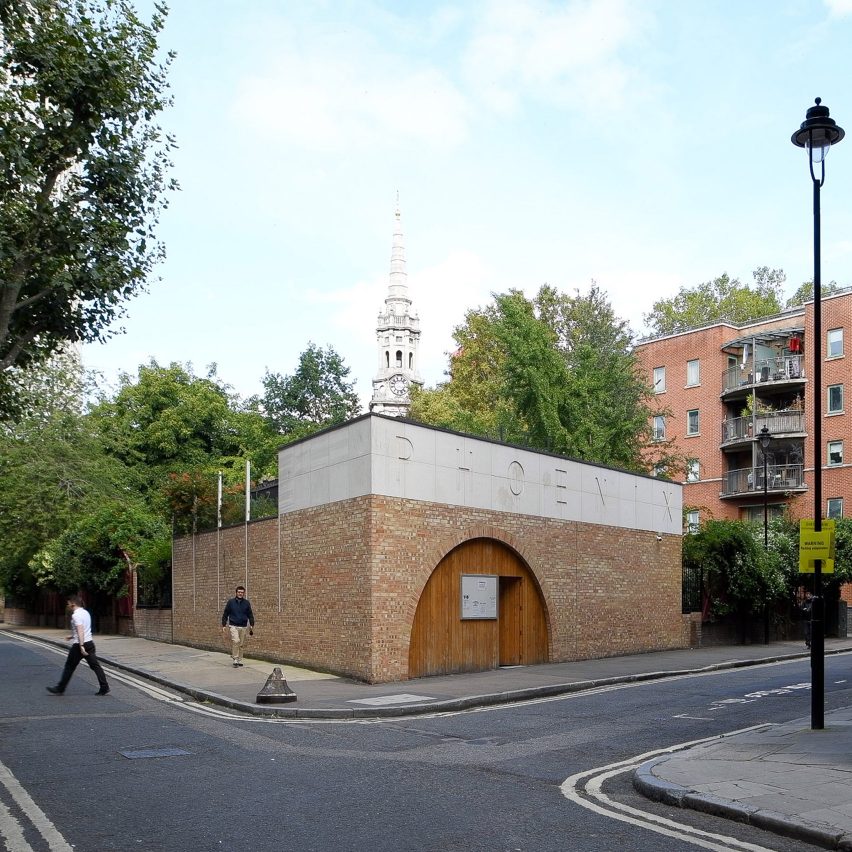 Filmed by Jim Stephenson, the documentary is one of nine videos that will feature on Dezeen throughout Open House London 2020 to celebrate rarely published places in the capital.

The Phoenix Garden is located on a former World War II bomb site near Convent Garden. It opened to the public in 1984 as one of seven green retreats in the area, but it is the only one remaining.

In 2017, local studio Office Sian added a brick and limestone building to the entrance of the site, which contains a multifunctional space for events and workshops to expand the garden’s offerings.

In the documentary, Office Sian founder, Gurmeet Sian, outlines the story behind the studio’s design for the building.

He notes that it takes its cues from traditional English walled gardens but also forms a connection with the existing brick pathways that meander through the site, which were built by the Phoenix Garden’s own gardener.

The boundary wall is punctured by a giant, wooden archway to the street, which conceals the garden and entices passersby by showing them that “there’s something beyond.”

Sian goes on to emphasise that the design of the community building was a highly collaborative process, during which the studio worked with the Phoenix Garden’s board of trustees and gardener.

“The design process for this project was really fascinating,” Sian explained.

“Some projects you have a little bit more autonomy as an architect. For this project, there was a strong element of that, but equally, there was a strength of conversations between myself and the Board of Trustees, but in particular, the gardener Chris, and what formed was quite an interesting bond,” he said.

“We really had to almost come up with an innovative, interesting way of working.”

Reflecting on the project, Sian said the highlight of designing community spaces like this is seeing them in use, and a sign of his engagement with the scheme is that he had his wedding breakfast there shortly after its completion.

“It’s fantastic to occasionally come back when I’m invited to see how it’s bedded into, not only the geographical and architectural characteristics of the site but embedded into the community,” he explained.

“It’s quite rare to feel that you are so involved in the project that you can actually get married within your own building, but my wife and I are very fortunate to have our wedding breakfast here.”

Dezeen is a media partner for Open House London and is showcasing a different short film every day during the festival. The documentaries form part of the event’s diverse programme for 2020, which has been curated in response to the coronavirus pandemic.

The post The Phoenix Garden is a green retreat in London’s West End appeared first on Dezeen.