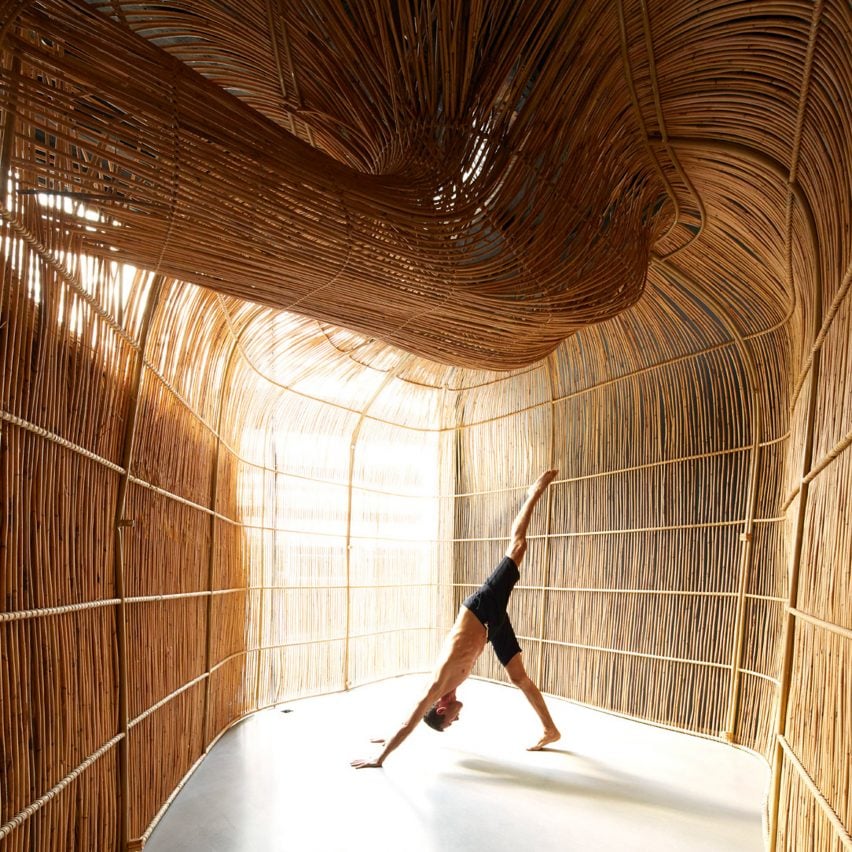 Thai architecture studio Enter Projects Asia has used rattan to enclose a series of studios for yoga brand Vikasa at its headquarters in Bangkok.

Enter Projects Asia used rattan – a type of climbing plant with a flexible woody stem – as the main material to break up a 450-square-metre space in a triangular-shaped block in downtown Bangkok into a series of yoga studios.

The studio is shortlisted for leisure and wellness interior of the year at Dezeen Awards 2020.

The architecture studio wrapped the spaces in the natural material to create “an urban oasis in the chaos of Bangkok – a retreat from the grind”. 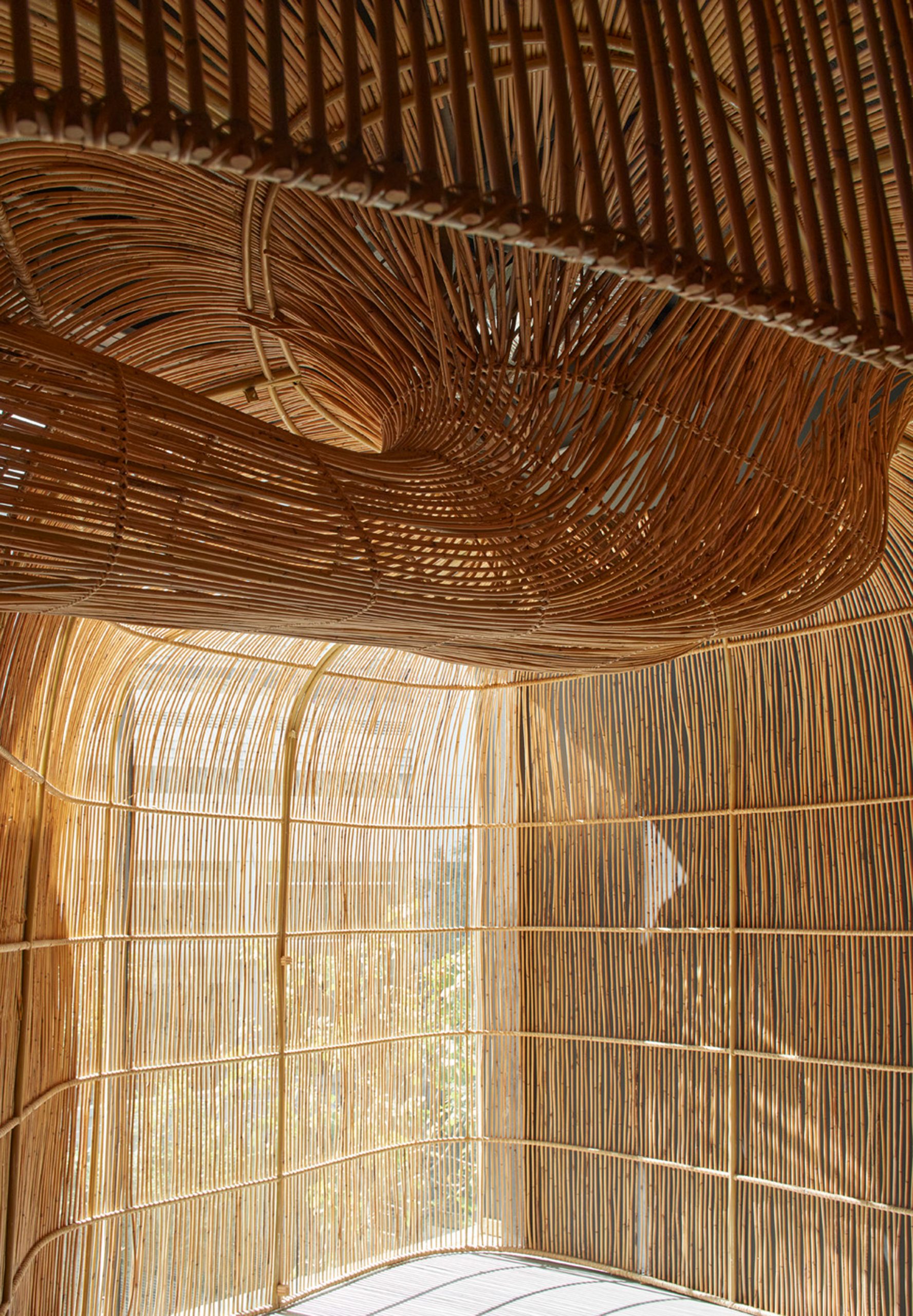 Rattan was chosen as it can be found on the island of Koh Samui of the east coast of the country, where yoga brand Vikasa had a retreat.

“All elements of the project were made from natural, local materials to be a hub or a portal for their existing location, which is based on a hillside in Koh Samui: Thai hardwood, local black slate, bamboo and most notably, rattan,” said Enter Projects Asia design director Patrick Keane.

“The result is a space of captivating calmness, cloaked in quiet contentment – an oasis of tranquillity amongst the chaos of Bangkok,” he told Dezeen.

Along with the pods, rattan was used to create light fittings in the studios and a large, sinuous desk that dominates the reception area.

The desk becomes a bench for those waiting for classes and turns into a light feature that winds its way above the reception area,  ending in a woven lampshade above the main staircase.

“We facilitated the fusion of 3D technologies with local Thai craftsmanship to bring nature to an urban context,” explained Keane.

“We worked using 3D software, special effects modelling namely Maya and Rhino. Frames and templates were all printed on giant templates for the craftspeople to use as guides for their weaving techniques.”

Overall, Enter Projects Asia hopes that it has created a space that communicates a sense of spirituality

“It embraces all five senses, with soft geometry to counter hard urban edges, tactile materials that are touchable and natural, the smell of nature, and the technical acoustics – as good as a radio station – and the food and beverage Vikasa provides,” said Keane.

The studios occupy the first floor of Vikasa’s headquarters, which has a cafe area on the ground floor, with the rattan forms designed to be visible through large glass windows from the street.

Previous yoga studios on Dezeen include a bamboo pavilion nestled in the jungle in Tulum designed by CO-Lab Design Office and a muted studio with a textured sisal ceiling in Melbourne.