The brutalist Salters’ Hall is enclosed by white fluted concrete 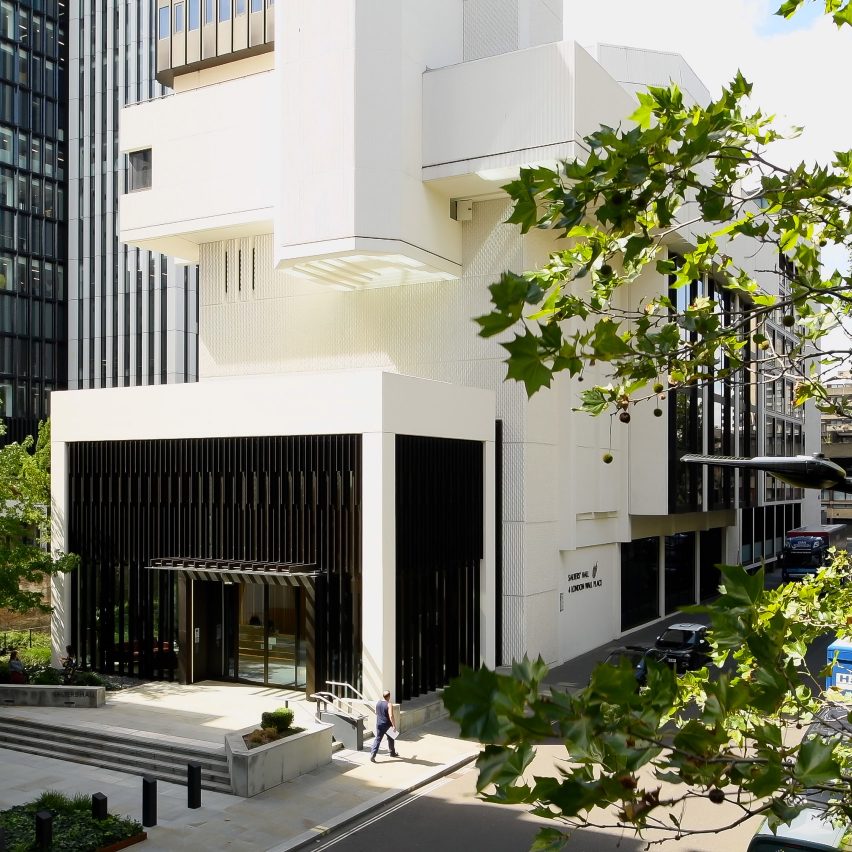 Filmed by Jim Stephenson, the video is one of a series of short documentaries being published on Dezeen during the festival to spotlight unusual and overlooked places in London.

Salters’ Hall was built in 1976 as the east London home for The Salters’ Company – one of London’s ancient livery companies that evolved from the city’s medieval guilds.

Today the building is used to support The Salters’ Company work in scientific, charitable and outreach programmes.

The building was designed by brutalist architect Basil Spence in collaboration with interior designer David Nightingale Hicks, and underwent an extensive refurbishment by dMFK Architects in 2016.

In the video, tour guide Valerie Wilson Trower sheds light on the building’s late brutalist style, which is characterised by its white exterior crafted from textured and fluted concrete.

This is an unusual design for a livery company’s hall, leading Historic England to grant it Grade II-listed status in 2010.

“Salters’ Hall is a great example of late brutalism constructed of white concrete moulded in situ, and then pick-hammered for surface interest,” explained Wilson Trower.

“It has easy spaces that link to each other, four floors of office space, and then the three floors of The Salters’ Company above that.”

Wilson Trower goes on to spotlight one of the building’s most interesting spaces, which is the lobby on its fifth floor that was designed by Hicks to resemble a salt mine.

Alongside a white marble ceiling, this space includes carpet with graphics that are modelled on the form of the benzene molecule – nodding to the company’s investment in the sciences.

“The space is deliberately designed to look like a salt cave with this white chipped marble ceiling and concealed lighting,” explained Wilson Trower.

“The floor is covered in a carpet designed by Hicks which resembles a benzene ring, which chimes nicely with the Salters’ interest in science.”

Dezeen is the media partner for Open House London and has published a different video every day throughout the festival.

The films are part of the event’s move to diversify its programme and make it more accessible in the light of the coronavirus pandemic, which has limited the number of buildings opening to the public.

The post The brutalist Salters’ Hall is enclosed by white fluted concrete appeared first on Dezeen.